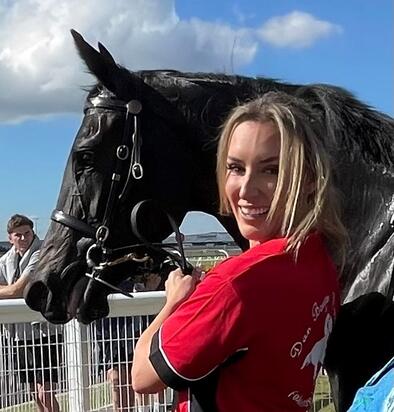 Spirit of Milan was expertly piloted by in form jockey Jimmy Orman for her debut win at Doomben. Despite still being a little green and having a good look around the filly showed loads of potential as she crossed the line with her ears pricked. There was a large contingent of owners and stable supporters on track to cheer the filly home. The beautifully bred filly was purchased at the Magic Millions from the draft of Daandine Stud for $100K. Spirit of Milan aka Millie is a daughter of four times consecutive QLD Champion Sire Spirit of Boom out of Miss Milanese a city winning daughter of Group 1 Oakleigh Plate winner Miss Kournikova. Miss Milanese is a full sister of Group 3 winner, Magic Millions 2YO Classic runner up and QLD 2YO of the Year Oakleigh Girl.