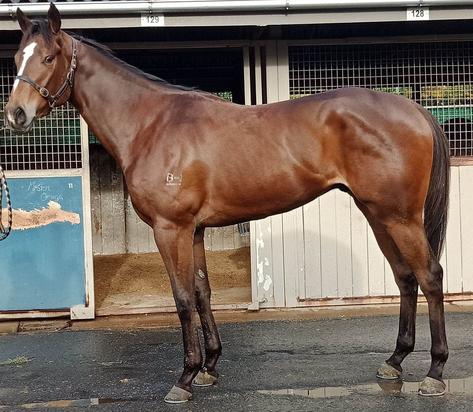 It wasn’t exactly a pretty win and it took the judge a moment to work out if he had in fact won but there is no denying the talent of Hidden Glade. Having his very first start, Hidden Glade, made jockey Brad Stewart use all of his skills to try to steer the big raw boned son of Dream Ahead around the tight turning Gatton track. In the straight Hidden Glade headed for the outside rail covering far more territory than his rivals but in the end he managed to score the win by a 0.2L margin.