Beautiful Metropolitan win for Back The Rock 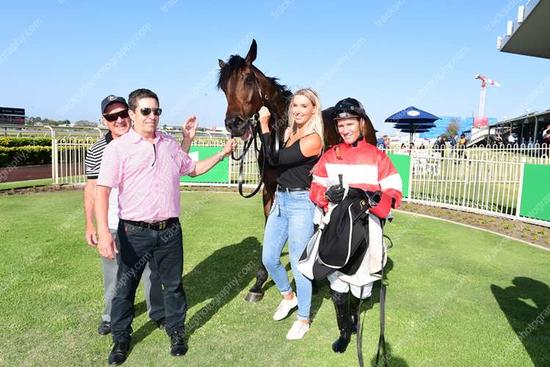 The win for Back The Rock aka Woody at Doomben on 16 October was a triumph in more ways than one. His owner Brian purchased the son of Fastnet Rock out of the Encosta de Lago mare Letrice as a weanling from the draft of Wood Nook Farm. Whilst a strapping young colt he was to give Brian a lesson in patience that would make most owners shudder. It turned out that the colt had a cyst on his stifle which required surgery and delayed his progress for some time. Growing to over 17.2hh Back The Rock has had his fair share of growing pains and even a bout of tendonitis so his development into a racehorse has taken time. He had a few unlucky runs but showed plenty of ability. The win with Dan Griffin aboard was enjoyed by everyone in our stable who has followed Woody’s progress and we are all extremely happy for Brian.