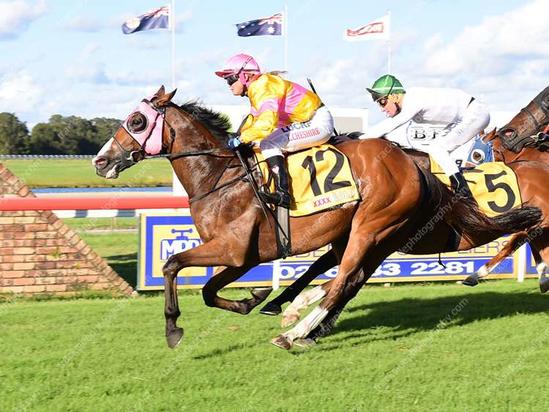 Flinders Dragon was given a gem of a ride by Laura Cheshire at Ballina.  Starting at $29 there was not a lot of support from punters but we were confident if ridden to instructions he would be hard to beat.  Laura gave him every chance from switching him on after the jump to giving him room in the straight to let down.  This win takes Flinders Dragons record to 36 starts for 3 wins, 5 seconds and 5 thirds and career earnings to nearly $80K which is not bad considering he was originally purchased for a mere $10,000 at the Magic Millions 2YO in Training Sale.