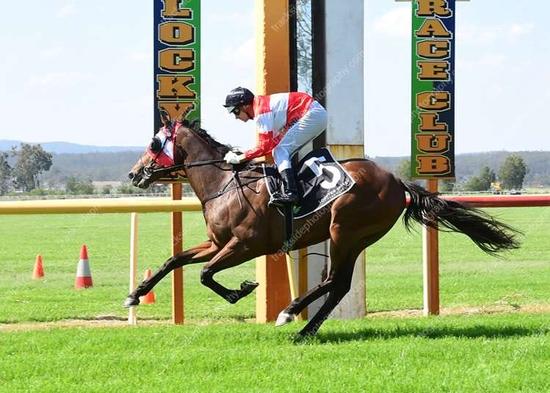 Crafty Spirit had trialled very well but was being hampered by awkward barrier draws and cancelled race meetings due to inclement weather. With Queensland industry on the verge of strike the only option left was to run him at Gatton on the eve of industrial action. The talented son of Spirit of Boom finally showed his owners his true potential by winning by three lengths with his ears pricked under a hard hold. Jockey Brad Stewart gave him a perfect ride and was able to avoid the wayward behaviour of the leader during running Bondage who looked at one stage as though he would take Crafty Spirit off the track. As soon as Brad asked him to go Crafty Spirit put lengths between the rest of the field in what the commentator described as an exhibition gallop.