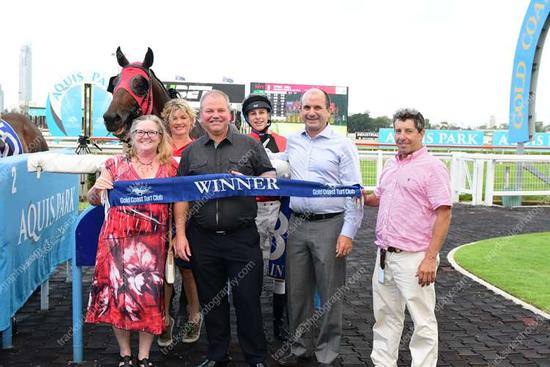 Last preparation a few things didn’t go to plan, for 5-year-old entire Like A Ruler, but it wasn’t that bad when in three of his runs he was beaten less than two lengths. He was particularly unlucky when after leading the field at a strong pace nearly all the way around Doomben he was beaten into 5th place with the winner only 0.7L ahead. This preparation he has kicked things off nicely with a handy first up win at the Gold Coast partnered with young apprentice Baylee Nothdruft. The form out of the race has turned out to be pretty good with four winners coming from the minor placings. Next start at the Sunshine Coast late night meeting he ran into a heavy track which didn’t really suit. Back on top of the ground, at Ballina on the 10 April, Like A Ruler put in a strong run with Tiffani Brooker aboard. This fifth career win has taken the son of Tycoon Ruler, career earnings to $101,620 not a bad result for a $28,000 yearling. With the Tycoon Ruler’s getting stronger with age and Like A Ruler working the house down it looks like we might be in for a good preparation.