Favulous Floyd too good for his rivals 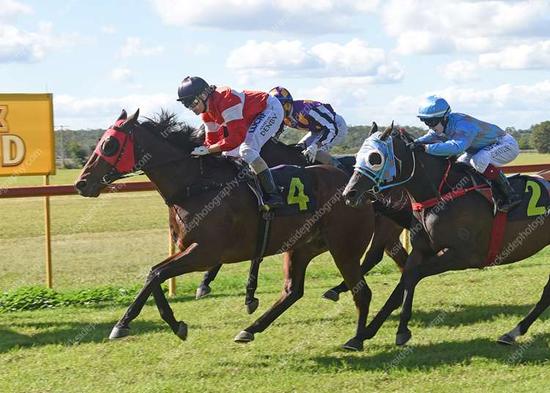 The elation was real when Favulous Floyd crossed the line half a length in front of his nearest rival on Saturday at the Provincial meeting at Gatton. Despite being a son of twice crowned Australian Champion Sprinter, Falvelon out of a daughter of Show A Heart, the tall bay gelding is not a sprinter. He has instead thrown completely to his staying dam line. His grand dam Black Velvet was a stakes winner and multiple stakes placed in France from 1600 – 2000m. Favulous Floyd has no problem making the distance but has proven beyond a doubt that he only likes to run on a good track. Earlier this preparation he was beaten by the very narrowest of margins in a photo finish at the Sunshine Coast over 1800m on a Good 3 rated track. On the 24 April at Grafton, he displayed enormous courage to hang on for second after leading the field nearly the entire 2350m only to be run down in the last few seconds with a margin of 1.3 lengths. On Saturday with jockey Amelia Denby aboard he was given a perfect ride and with the track conditions again to his liking he proved to strong and roared home to win easing down.