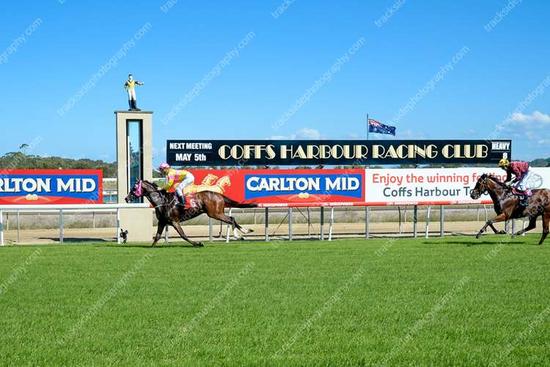 After 7 placings Flinders Dragon scored a very convincing win in the first race on the card at Coffs Harbour on Memorial Race Day. The striking bay gelding gave jockey Ben Looker an easy ride travelling on the pace till the 200m mark when he sprinted clear to win eased up by 3.2 lengths.  It was a great thrill for Marybeth to have the cerise and gold colours gifted to her from her father Paul Jones win two straight. Beyond Brave won recently at Doomben wearing the colours which Marybeth’s father had enjoyed great success with in the 1980’s. The colours had been worn by his Group 1 Flight Stakes winner Allez Show and Group 1 Blue Diamond winner Love A Show.