Beyond Brave showed plenty of Pluck 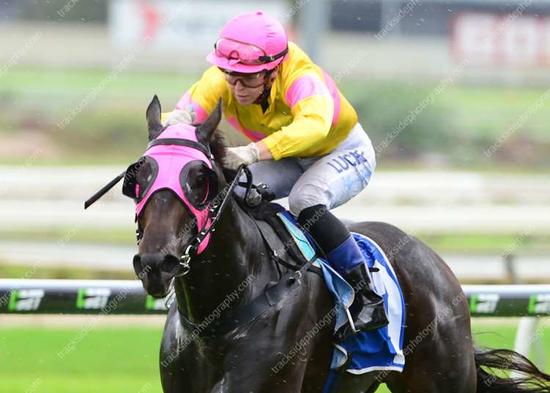 It was uncertain as to whether the races would even go ahead and we weren’t sure that our horse could even handle the going but when the plucky little gelding Beyond Brave saluted the judge on Wednesday at Doomben the tears flowed.

The gelding by Pluck out of the Desert King mare Zahreena was purchased at the Magic Millions 2YO In Training Sale. The first person to take a share was a lovely man called Andrew Beattie whom Danny and I had met a few years early at the Golden Slipper. Andrew had been an avid and extremely knowledgeable worldwide racing fan, who had witnessed Falvelon win the International Hong Kong Sprint, twice. He gave us his contact details and told us to let him know if we ever had shares available. Beyond Brave was to be his second horse in our stable. The first was Dancing Warrior who won 2 races before a career ending injury sidelined him.

When it came to naming the Pluck colt, one of the owners Julie O’Duffy, suggested Beyond Brave and we agreed that it was the perfect name. The reason was that three of the owners had battled cancer and all in their own way were beyond brave. Andrew in particular had a very savage and rare form of cancer. When first diagnosed he was told to get his affairs in order as quickly as possible as it would most likely only be a matter of weeks before he succumbed.

Andrew refused to believe that and continued to live every day to its fullest. When he took the share in Beyond Brave it had been 10 years since he was diagnosed. That is not to say that it had all been smooth sailing. Andrew had endured many horrendous, painful debulking surgeries which resulted in him having to be revived seven times on the operating table.Throughout he remained positive right to the end. He was an extremely brave, kind and very interesting man we were lucky to have known. Although he did not live to see Beyond Brave win on Wednesday at Doomben on the Heavy 10 track we are sure that some of the rain was tears from heaven.

It was a great ride by apprentice jockey Tiffani Brooker who has taken her statistics for the stable to an impressive 3 wins, 2 seconds and a fourth from 6 rides. We are so pleased for all of the connections as Beyond Brave has been a test in patience at times. He is finally starting to mature and we believe this is only the beginning for the “Plucky” boy.