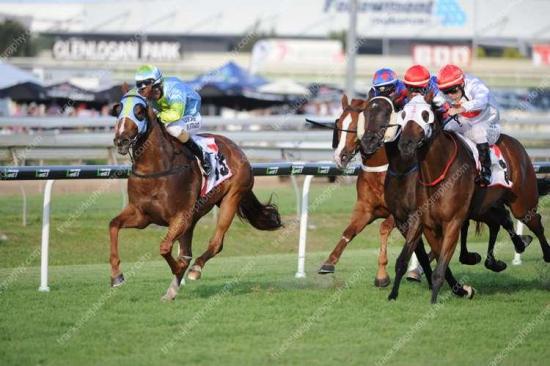 After his awkward barrier draw the previous Saturday Danny decided to back Neptune Palace up on the first Tuesday in November at Doomben in the Channel 7 Class 4 Handicap.
Hitting the ground running, Neptune Palace aka ‘Jack’ took the lead but was soon challenged by a horse aptly named ‘Jack Be Quick’.  Neptune Palace managed to stay in touch with the leaders despite them running a blistering 33.8 for the first 600m.
As they came into the straight jockey Robbie Fraud took Neptune Palace to the rail and the beautiful son of Astronomer Royale finished strongly to win by a neck in 1.09.25 breaking a seven year old class record.