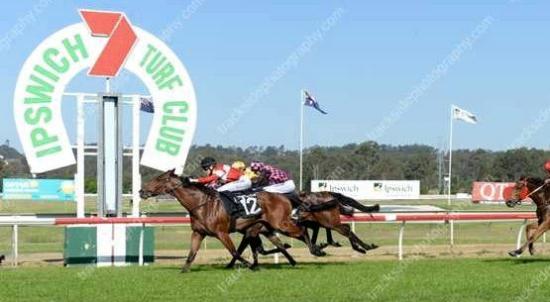 Scoring five placings (and one 4th) from eight runners in September it was great for the team at Falvelon Lodge to kick off October with a Metropolitan win by Red Magic.

The super handsome bay 3YO had always shown ability at track work and in jump outs but things hadn’t always come together in his races.  To be fair though Red Magic frequently drew badly jumping from either barrier 9 or 10 four times out of seven starts.

We were sure that this preparation his true potential was soon to be revealed as Danny had convinced the owners to give him the ultimate gear change.  First up after gelding and once again jumping from barrier 10, Red Magic ran a very close fourth at the Sunshine Coast, convincing us that had he drawn well he most likely would have won.

Yesterday in his second start this preparation apprentice jockey Cassandra Schmidt gave him a great ride and he finally saluted the judge for his connections.

Thanks to Trackside Photography for the use of the winning photo!