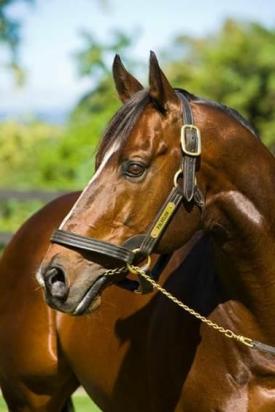 It was a big night for Danny Bougoure at the recent Queensland Racing Industry Awards as two horses he trained won awards on the night.

Oakleigh Girl was awarded Queensland Two Year Old of Year after scoring black type wins at both Group 3 and Listed level and running second in the Restricted Listed Magic Millions 2YO Classic.  Oakleigh Girl won the Magic Millions Women In Racing Bonus for her owner Louise Gillard bringing her 2YO earnings to $853,500.

The other award on the evening was incredibly special for Danny and connections as his Champion racehorse Falvelon was inducted into the Queensland Hall Of Fame for his performance on the track.

Falvelon was an undefeated Stakes winning 2YO who won his first seven starts.  A dual Group 1 winner, he placed a further 8 times at Group 1 level.  On the international stage Falvelon conquered the best sprinters in the world, by twice winning and placing third, in three attempts at the prestigious Hong Kong International Sprint.

Interestingly, the first horse inducted in to the Queensland Racing Hall of Fame was Danny’s father Doug’s champion racehorse Strawberry Road.  We are sure that Doug would have been smiling down with pride watching his son collect the award for Falvelon.